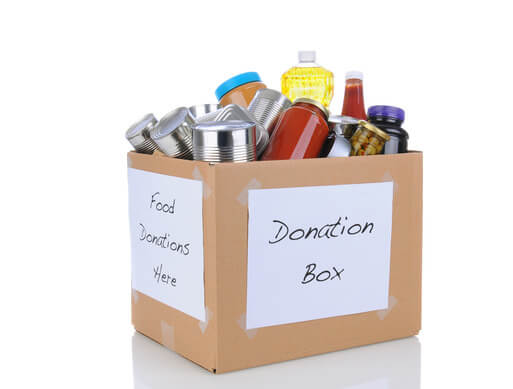 The Food Bank For New York City is one of the country’s largest food banks. Their effort to reach the nearly 2.6 million New Yorkers who experience difficulty affording food does not go unnoticed. Some of the biggest corporate names have reached out to financially support the Food Bank including Bank of America, Disney, FedEx, the Yankees and many more, but Toyota decided to take another route. Instead of cash, Toyota donates what money couldn’t buy: efficiency.

Rather than sign over a big check to the Food Bank, Toyota decided to step in and get their hands dirty. They offered up something that few in the food industry have ever heard of –Kaizen. The Food Bank was a little hesitant at first with the Toyota offer. But after presenting the Food Bank with the details of kaizen, the Food Bank for New York City was more than happy to hear what Toyota could do for them.

Kaizen is the Japanese term for continuous improvement which Toyota has mastered and made world famous in the manufacturing industry. The idea behind continual small improvements is that they eventually add up to larger benefits for both the company and the customer.The primary objective is to remove waste in all areas, while ensuring quality and safety at the same time. The end result — improved efficiency.

The Food Bank helps provide 400,000 free meals a day for New Yorkers and the engineers from Toyota were determined to help make the process more efficient. Long lines of hungry people waiting for their next meal to the lengthy processing times for workers to fill food boxes was the target of Toyota’s attack when they first assessed the Food Bank’s operations.

The Harlem Kitchen was by far the most significant number the TSSC team was able to reduce. The kitchen could hold up to 50 people at a time and would start dinner at 4 p.m. daily. Once all the chairs were full inside, a line would then start to form outside. When 10 chairs would open up, the staff would send in the next ten customers to eat. Again, the average wait time — 90 minutes!

Toyota made three big changes. The first was to eliminate the 10-at-a-time system. They allowed diners to come in one by one once a chair opened up for them. The second, was to allow diners to wait inside in a new waiting area where they would be closer to the food trays. Finally, a staff member was assigned to the floor to spot an empty seat, as it would open up they would call the next in line out. New average wait time –18 minutes!

Toyota wasn’t done with the Food Bank yet. The company announced its Meals Per Hour campaign which was promoted through the use of a short documentary film (shown at the bottom). The company would donate one meal for every view the video received, up to 250,000. It didn’t take long for the film to go viral though. Shortly after release the video surpassed the original target goal and Toyota decided they could still do more.

The auto maker decided to step up and donate an additional one million meals in addition to the 250,000 meals they had already donated. The film currently has 1,014,408 views at this time.

Since 1992, TSSC has been helping companies and organizations around the country increase efficiencies, streamline processes, and better serve their customers with the Toyota Production System. They have recently launched a national campaign to support up to 20 community and non-profit organizations in using the TPS to help improve their operations, extend their reach and increase their impact.