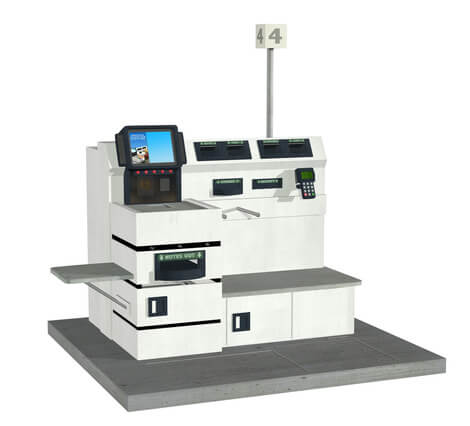 Self-Checkout machines have come under a lot of scrutiny of late for many reasons. The biggest being the question of their efficiency.

A recent report from Dechert-Hampe Consulting, notes that about 85% of American shoppers have used a self-checkout machine for a purchase (almost as many as have used ATMs), and surprisingly embraced the technology for its convenience and speed. I say surprising, because while I myself try to use self-checkout machines as much as possible it is very rare to not find someone struggling with their self-checkout experience. Whether you like them or not, the clerk-less grocery process is worth another look, seeing how they seem to be popping up more and more — at least for now.

U.S. supermarkets have a rich history with Lean concepts. When Toyota founder Sakichi Toyoda, his son Kiichiro Toyoda and their chief engineer, Taiichi Ohno first came to the U.S. after World War II, they set out to study Henry Ford’s manufacturing empire for ideas. However, the three were unimpressed. Their goal was to find methods for eliminating waste and felt Ford’s methods failed to address this directly. The three didn’t leave the states empty handed though. They visited a Piggly Wiggly supermarket and were thoroughly impressed. In fact many Lean concepts still in place today, came from their observations at the Piggly Wiggly supermarket.

We’ve come along way from the Piggly Wiggly days, but have we improved? Are self-checkout machines an improvement to our shopping experience or are they just more of the waste our friends from Japan were looking to eliminate? 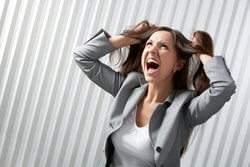 For the time being, big corporations seem to be split on self-checkout’s ability to add efficiency to your grocery experience.

Albertsons, Costco and Big Y have all recently decided to pull self-checkout machines from their stores after evaluating their performance over the past few years in specific locations.

Costco CEO Craig Jelinek believes that humans are just more efficient and based his decision to eliminate the machines over the fact that he felt his employees do a better job than the machines.

An internal study by Big Y revealed that delays in self-checkout lanes were caused by customer confusion over coupons, payment methods, theft (intentional and accidental), misidentifying produce and baked goods as less expensive goods, and other issues that ultimately led to the decision to remove the machines.

Wal-Mart however, has decided to expand it’s self-checkout service to its customers. The company reached a deal with NCR Corp. that will have 10,000 more machines in 1,200 stores by 2014.

Our multiple checkout options give us a unique advantage to provide our customers with the quick, easy and convenient checkout experience they tell us they want.

Big corporations may disagree as to their efficiency, but they’re still coming. The London based research group RBR forecasts that the number of globally installed self-checkout machines will rise from 170,000 in 2012 to 320,000 by 2018. With NCR Corp. being the world’s largest vendor of self-checkout machines, accounting for 70 percent of the total shipments in 2012.

The machines themselves are not cheap. They start at around $20,000, but compared to the money spent on staffing a register, over time could be a big savings. Studies also show that just because the machine has replaced the human in the front of the store doesn’t necessarily make the human disposable. In fact, some actually claim that they are more efficient because they can use their employees in other areas of the store that lacked attention. They claim their stores are cleaner, more organized and shelves get stocked faster among other things.

There are side effects. Aside from the “accidental” entering of the banana code instead of the expensive coffee, stores are missing out on potential revenue that traditional register systems have been banking on for years. Front-end merchandising has been a major source of revenue for many supermarkets, but studies indicate that self-checkout lines are lacking in this category. Another study by Dechert-Hampe found that only 22% of self-checkout lanes had merchandising that could be characterized as good or excellent and 20% had no merchandising at all.

Front-end research suggests that getting self-checkout merchandising right, can pay off and potentially improve checkout sales by 40% or more. 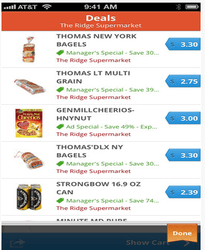 In an era where an expensive high-tech purchase is outdated the day after your purchase, it should come as no surprise that a new technology is starting to gain interest in grocery checkout services. In a small northwest town of Snoqualmie, Washington, a mobile self-checkout service has been successfully tested and is ready for expansion.

QThru has developed an app that allows shoppers to scan barcodes as they shop and then check out by entering their pass code and scanning a QR-code at a QThru kiosk machine. Users would have to first download the iOS or Android app, fill in their credit card details and they’re ready to go. The program is currently being tested among 14 more grocery stores in the Seattle area and the results are soon to come.

The cost to the store is “several thousand dollars” for the QThru hardware, and there is a monthly service charge to go with it.

I think it’s safe to say the jury is still out on whether or not a self-checkout system adds efficiency to the store’s process or the shopper for that matter. Like with any Lean process, it seems a majority of the success lies in the implementation. The store’s that are having success have a plan and work continuously to improve upon it.

The machines do take up a lot of valuable floor space. If the stores can’t figure out a way to capitalize on the space, the big bulky machines may just end up being waste. It’s one thing to try and make your customers experience better, it’s another to lose money in doing so.

Some suggest placing an employee at the self-checkout kiosk at all times. They feel this might be an added value to the customer in terms of efficiency, but it is also defeating the purpose of the machines being there in the first place, thus creating waste.

Where are grocery experience goes from here is anyone’s guess, but as far as self-checkout goes, there is still lots of room for improvement. Whether we are scanning our groceries with our iPhones or Google Glasses in the future, it still needs to be a process of efficiency, not waste. The initial idea of self-checkout was great at the time, but those times are quickly changing. The next couple years will be the make or break the self-checkout industry. It will ultimately come down to it’s ability to be more efficient than anything else out there.