The 2013 Major League Baseball season came to a roaring end in Boston last week, crowning its 106th World Series Champion on the sacred Fenway Park grounds. For the Boston Red Sox, it was their third title in ten years and eighth overall, fourth behind the Oakland Athletics (9), St. Louis Cardinals (11), and New York Yankees (27). It was also the first time they clinched a title at home since 1918, which made it that much sweeter for one of the most dedicated fan bases in all of sports. 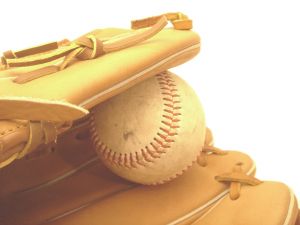 But does this all have to do with Lean?

Simply put, Lean is about creating the most value for your customers with the fewest resources. There are several processes and methodologies behind Lean that give companies the tools necessary to pursue such goals. However, for the purpose of this analogy, we will stick to the basics and break down how the Red Sox went from worst to first in a little over a year, using the most basic Lean concept of all –eliminating waste.

To understand exactly how the Red Sox went from a laughing stock cellar dweller, to one of the best sporting stories of 2013, you have to go back to the 2011 season.

On August 27, 2011, the Red Sox held a two game lead over their rival New York Yankees in the division and a nine game lead in the wild card (final playoff spot) race over the Tampa Bay Rays. The season was nearly over and looking great when the team literally self destructed. They went on to lose 21 of their final 29 games in what was one of the biggest late season collapses in sports history.

Stories of beer drinking in the clubhouse during games, players who didn’t care, and a manager who had lost control of his team all surfaced throughout the media.

How did management respond?

About half way through the slump they decided to buy all the players $300 headphones and have them out on the owner’s yacht for a private night to “re-group.” Surprisingly enough, this was not the motivation the team with a $161 million payroll needed.

The season ended terribly for the Red Sox. They spent money like it was growing on trees in 2011 and had nothing to show to their fans (customers) for it.

First elimination of waste: Part ways with manager and bring in a fresh face to try and change the culture.

The 2012 season brought new life to the Red Sox. The offseason was spent in turmoil and mostly answering questions about the previous seasons collapse. Needless to say, just getting back on the field again was a win for the club. They were a preseason favorite and with the third highest payroll in baseball at just over $173 million, the fans were expecting big things.

The new manager was tough and hard-nosed, a complete opposite to the previous manager. Upper management felt the club house needed this change to eliminate the “waste” that formed at the end of the 2011 season.

Quickly though, 2012 started much like how the 2011 season ended and was not looking good for Red Sox nation. The 2012 season was looking like a complete waste and the fans were left feeling like they were not getting the product they anticipated.

Most trade deadlines in sports come and go in sports with a few trades here and there, but nothing to out of the ordinary. However, on August 25, 2012, the Los Angeles Dodgers and Boston Red Sox managed to pull off one of the biggest trades in sports history. The Red Sox sent four players (some of which who were at the front of the 2011 waste issues) to the Dodgers and more importantly, cleared up nearly $270 million in payroll –massive waste elimination.

The team finished in last place and lost its most games in a season since 1965. To some, this trade was seen as a sign that they had given up and were about to enter a long rebuilding phase, but the Sox would have the last laugh. The Red Sox also wasted no time firing their first year manager.  –more waste eliminated.

For the first time in years, the Red Sox were on no one’s radar to win a pennant. They had their lowest payroll in years ($159 million) and a manager that few had even heard of. They stayed away from the big name free agents and instead, brought in pieces they felt could help them win while building a culture that was sustainable throughout a season. The fans had low expectations for win totals, but were desperate for a good product on the field.

What happened next was one of the biggest surprise stories the world of sports had seen in years. Even at the halfway point in the season, skeptics doubted the Red Sox hot start and predicted them to fall out of their first place position before the season was over.

The Sox never did look back though. They finished tied for the leagues best record and stormed through the playoffs, eventually defeating the St. Louis Cardinals four games to two, in route to their eighth and  maybe most unprecedented title in franchise history.

I’m gonna go out on a limb here and assume that no one in the Red Sox organization picked up a Lean handbook or attended a Lean conference and decided to start running things differently as a result. However, the idea is still the same. It’s a true testament to how powerful a transformation can be when you start dedicating yourself to eliminating waste and improving the culture around you.