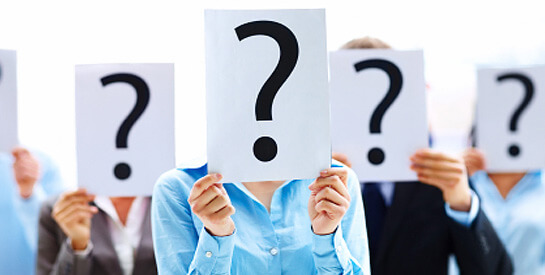 For decades, the generation in charge has lamented about the day the youthful generation would come of age and wreck the world with their no good shenanigans and general sense of apathy. Historically, apathy is more a byproduct of adolescent hormones and growth than anything else, but there has been a phenomenon that researchers have been tracking since 2005.

According to Fortune magazine, in the stretch from 2005 to 2010, the number of people reporting that they wanted to leave their jobs went from 23% to 32%, and the New York Daily News cites statistics that show that a Gallup poll conducted in 2013 had 70% of respondents say they either hated their jobs or were otherwise completely disengaged.

While the causes behind such results are murky at best, the economic downturn that began with the Sub-prime Mortgage Crisis in 2007 drastically increased those looking for jobs and gave businesses a kind of buyers market that stressed that the average worker was an expendable asset. While no person have ever truly been immune from a habitual dread of Mondays, corporations have been fighting since the Industrial Revolution to keep employees motivated, and to help them avoid the overwhelming sense of dread that T.S. Eliot predicted for the modern human in his poem, The Wasteland. Companies have tried numerous methods, from offering stock options to motivational posters, but the question still remains on how exactly to keep employees engaged and inspired, and the research shows some very interesting results.

The Effect of Apathetic Employees

The true economic effect of the numerous disinterested employees in the workforce is a very nebulous calculation as the damages range from an employee who is checking college basketball scores rather than working to those who commit costly and dangerous errors due to their inattentiveness. With incidents ranging from patients who died from infections caused by improper hygiene to idiotic on-the-job injuries, and other factors that affect the bottom line, it is almost impossible to truly quantify the overall impact of these sour apples. There have still been attempts to calculate the total numbers, and the most prominent calculations were done by Gallup and it reported a grand cost of $550 billion per year due to a myriad of factors including sick days, stolen supplies, and decreased productivity.

While many businesses have tried to capture the magic Google seems to work on its employees by also providing above-and-beyond perks, they have missed the key point of Google’s successful employee-satisfaction theory: genuinely care about your employees.

According to the long-established theory of capitalist economics, it is in an employer’s best interest to get the most amount of labor from a worker while paying them the least amount possible. Google has turned this long-held notion on its head by lavishing its employees with on-the-job haircuts, bowling alleys, and on-site massages, as chronicled by journalist Mark Crowley.

While the amenities are incredible, the company claims that it is only the icing on the cake and the real difference is in focusing on employee’s needs and one prominent way Google does this is by allowing their employees to choose a substantial amount of what work they are doing, making them naturally more motivated. Additionally, Google’s executives constantly invite employees to participate in forums and answer their top 20 questions weekly and the results show that 90% of its 30,000+ employees participate in the surveys. Management emphasizes that these exceptional perks come with an exceptionally high level of expectations for employee work, but if Google’s $900 per share mark coupled with its high levels of employee and customer satisfaction are testaments to its business model.

Google, along with a few other progressive companies, have taken the road less traveled and actually placed their employees first, unlike all those “upside-down pyramid” pretenders, and the results are the proof that what they’re doing is working. Apathetic employees are an epidemic and it is time that corporate American makes increased efforts to truly involve their employees rather than alienate them from the products they create. Rather than crush their spirits, it is in everyone’s best interest to inspire workers and motivate them to take pride in what they do. It is important to help every worker discover something that the late Steve Jobs referred to as one of his most important revelations:

Life can be much broader once you discover one simple fact: Everything around you that you call life was made up by people that were no smarter than you and you can change it, you can influence it, you can build your own things that other people can use.