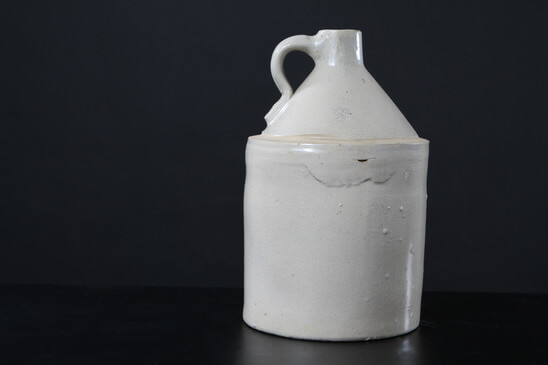 For anyone outside of the Lean manufacturing realm, moonshine has a whole different meaning. However for those that do go to work everyday in a Lean based facility, a moonshine event might just be the best part of their job. 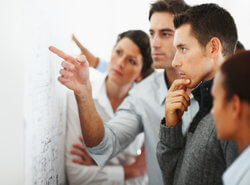 Moonshine is not for everyone (no matter how you define it). It is intended for the those who are seasoned Lean and Kaizen practitioners who have a knack for creativity. The process of the moonshine was developed by Mr. Chihiro Nakao, founder of Shingijutsu Consulting company and considered by many to be the greatest production engineer on the planet. Mr. Nakao, now known as the Father of Moonshine, defines moonshine on is website as this:

Moonshine means developing valuable solutions to problems by creatively adapting materials that are already on hand. It requires looking at those materials and the problems themselves with a renewed perspective of doing a lot with a little.

Focus of the Moonshine

The term ‘try-storming’ is heard a lot during a moonshine event and is a key part of the process. It’s means that in order to commit to a particular process, one must do anything and everything possible including testing, simulating, modeling, prototyping and experimenting the process. The belief is that this type of physical research is not possible anywhere else and will lead to ideas that were previously impossible to think of –learn by doing.

The annual competition is a gathering of the best of the best that Boeing has. Teams gather from all over and participate in a two week competition where some of the biggest manufacturing problems Boeing has are presented as the challenge. The team with the best presentation at the end of the two weeks wins that year’s prize, but more importantly the glory of being a “Moonshine War” champion.

These competitions have led to countless innovations for the company. From production processes to design concepts on the new 787 Dreamliner, there commitment to Lean and continuous improvement is highlighted during their friendly battles. “Moonshine Wars” not only instill a belief that anything can be improved, but more importantly put the value of the company in the hands of the ones on the front lines, allowing them lead the way to the next big thing for the company.

So the next time you get on a 737 or catch a ride on the new 787 Dreamliner, you can be assured that Moonshine helped in the production of the plane you’re on. Again, for the non-Lean enthusiast this might not sound assuring, but trust me it’s a good thing.

Here’s a great short video that gives a look into GE’s version of ‘moonshining.’ They used the Lean philosophy to design the most efficient factory design possible using everything from cardboard barrels to Lego toys.

As noted above, the Lean version of moonshine has nothing to do with alcohol, but there is a connection. During the time of prohibition, individuals were left with no choice but to make their own liquor. They had to come up with the most creative ways possible, using only what they had. Seeing how this was an illegal act, it meant staying up until the wee hours of the morning making their moonshine. The early pioneers used whatever materials they could get their hands on and had to be very creative in developing different methods of not only making moonshine, but transporting it too. This combination of creativity and resourcefulness is where the modern Lean version of moonshine is derived from.